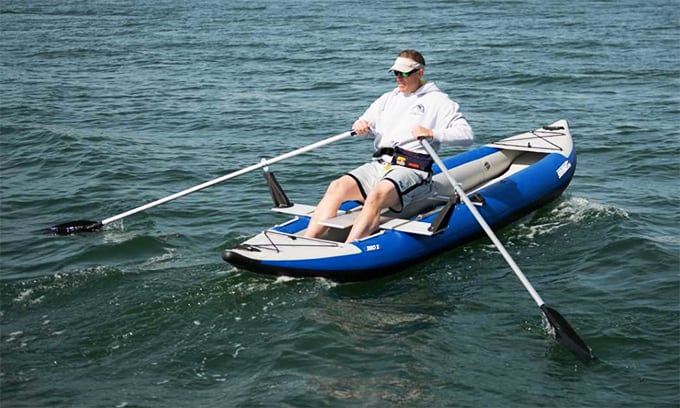 If you’re looking for a super versatile tandem kayak that is tough as nails and a ton of fun to take out on the water, the Sea Eagle 380x Explorer is an inflatable kayak that should be on your radar. This is an extremely popular model that also works well as a solo kayak, and it can handle everything from fishing, whitewater, recreational paddling, and even sailing.

We are big fans of the Sea Eagle brand. Sea Eagle has been making some of the best inflatable boats and kayaks on the water since the 1960’s, and their great customer service and outstanding warranty coverage shows that they are serious about standing behind their gear.

In this review of the Sea Eagle 380x Explorer kayak, we’ll go over the specs, packages offered, included accessories, commonly asked questions, and pros and cons.

As is the case with the rest of Sea Eagle’s inflatable kayak line, the Explorer series is well-constructed and built to last. In addition to the popular 380x model, Sea Eagle also offers the smaller 300x solo kayak and the larger 420x.

The 380x is a tandem kayak, but it’s perfectly capable as a larger solo kayak if you want to paddle alone. This is a super stable inflatable kayak that gives you a lot of confidence on the water.

The kayak features spray skirts located at the front and rear, and there are 16 high-capacity drain valves that are self-bailing. Seats are secured via tough D-rings, and the one-way air valves used by Sea Eagle are top notch. 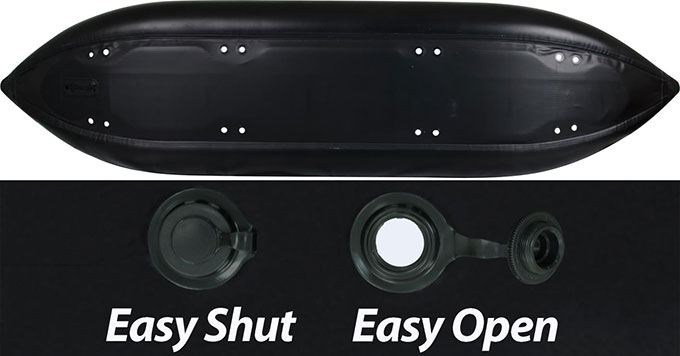 Setup of the 380x is quick and easy, and total inflation time is about 8 minutes. When fully inflated, the kayak measures 12’3″ x 39″ and weighs in at 37 pounds. It’s capable of supporting up to 750 pounds, and is roomy enough for plenty of gear.

The 380x Explorer is NMMA certified and comes with a nice drop stitch floor for added rigidity. The large rear skeg is removable, and it’s great for flat water paddling. Overall, the skeg really improves tracking and paddling efficiency. 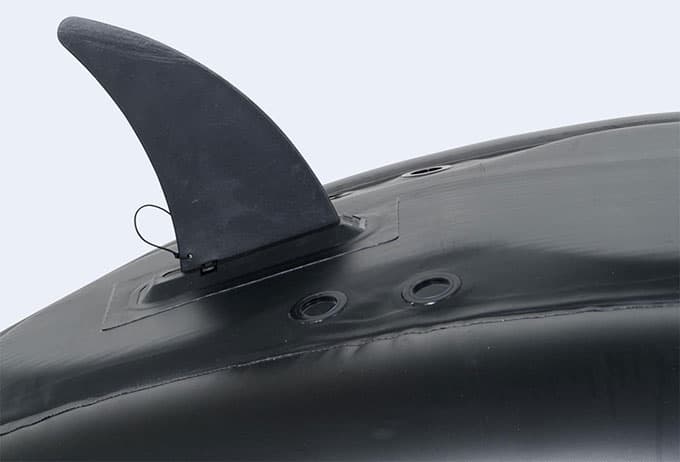 The floor design of this kayak features an extremely rigid drop stitch floor that rests on top of the outer floor, improving paddling performance and overall rigidity. This design also adds an additional layer of protection which allows the 380x to withstand contact with rocks, sticks, logs, and other objects.

We also love the fact that the drop stitch floor is modular, allowing it to be quickly removed for easy cleaning.

The interior dimensions of the 380x are 141″ x 15″ when inflated, and the kayak has a triple chamber design with chambers at the floor, port, and starboard.

Durable 1100 Decitex reinforced material is used for the kayak’s construction, and Sea Eagle utilized overlapped seams. This is an inflatable kayak that is pretty much bulletproof, and it can handle up to class IV rapids.

What Comes With it?

The Sea Eagle 380x Explorer kayak comes with a nice assortment of accessories. The base configuration is the Deluxe package, and it includes the following:

Of course, the 380x also comes with Sea Eagle’s excellent warranty, which in our opinion is currently the best offered by any company. Sea Eagle backs the 380x with a 180-day money back guarantee and covers it for 3 years on manufacturer defects.

In addition to the Deluxe package, Sea Eagle also offers the following configurations… 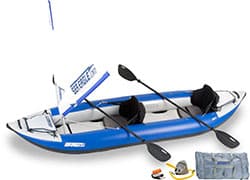 How long does it take to setup the 380x? Also, is it difficult to do?
Setup time is about 10 minutes, and there’s nothing difficult about it.

What is recommended as far as storage goes?
After rinsing and drying your 380x, just pack it up into the carrying bag for storage. You can keep it under the bed, in a closet, or just about anywhere else. If you store it in a garage or shed, it’s a good idea to keep it in a sealable plastic bin.

Is the Sea Eagle 380x a good choice for fishing?
Absolutely. The 380x is comfortable, stable, and very durable.

What’s the best way to clean the 380x?
After each use, it’s best to rinse off the kayak with fresh water and dry it before packing it into the carrying bag. If a little extra cleaning power is needed, just use some mild soap and water. 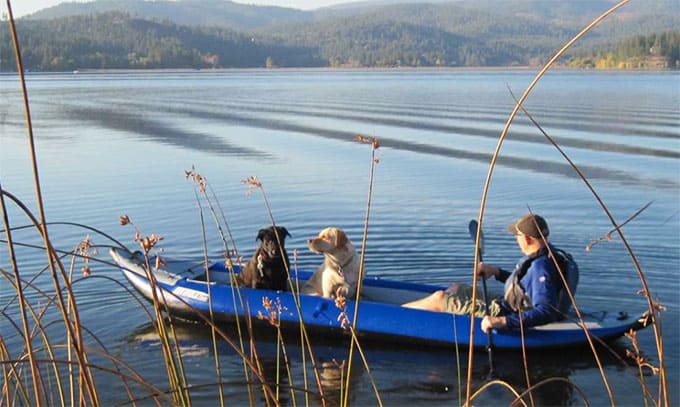 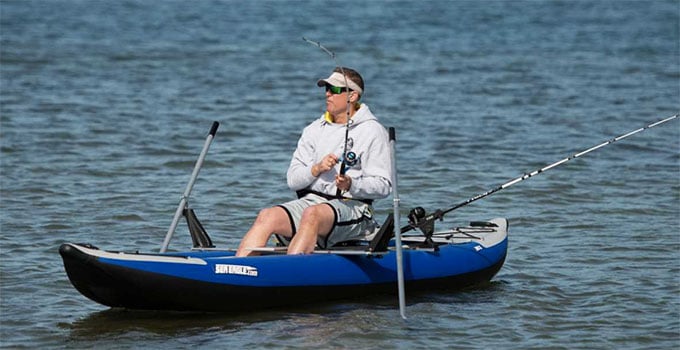 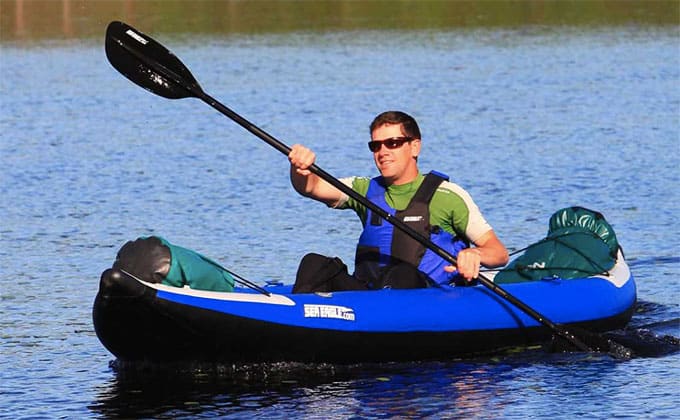 If you can’t already tell, we really love this kayak. It’s built by a great company with an outstanding reputation, and it comes with the industry’s best inflatable kayak warranty.

The 380x Explorer is super versatile and the larger size gives you the ability to use it as both a solo or tandem kayak. There’s plenty of room for fishing gear or supplies, and the kayak’s solid stability really makes it a pleasure to paddle.

The included accessories are of good quality, although we think some improvements could be made to the bag.

All in all, the Sea Eagle 380x Explorer kayak is a good choice for anyone who wants a well-built inflatable kayak that is more than just a one-trick pony. The 380x excels at whitewater, flat water, fishing, sailing, and even motoring, making it the perfect choice for someone who enjoys exploring the outdoors in a variety of ways. Highly recommended.