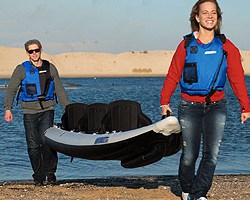 The Sea Eagle FastTrack series is a great value, and it combines lightweight design with durability, speed, and excellent performance.

In this Sea Eagle 465ft FastTrack review, we’re going to cover the kayak’s best features, noteworthy aspects of its design, materials used in its construction, included accessories, packages for sale, warranty coverage, and more. If you’re on the fence about whether or not the 465ft is best for you, we hope that this review will be helpful.

The Sea Eagle 465ft kayak is a paddler’s dream. The sleek profile and rigid NeedleKnife keel allow you to achieve rigid kayak-like performance with all the convenience and portability of an inflatable kayak.

The 465ft is great for beginners and advanced paddlers, and the kayak gets top marks when it comes to safety and stability.

Both inflatable kayak models in Sea Eagle’s FastTrack series handle extremely well and are great for paddling long distances (click here to read our review of the smaller Sea Eagle 385ft FastTrack). The FastTrack kayak design enables you to easily cut through wind and chop for improved speed and paddling efficiency.

The Sea Eagle 465ft FastTrack features nice width at the stern, and the kayak’s profile narrows as it tapers off at the bow. 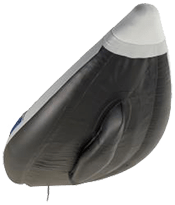 One of the things that we really love about Sea Eagle FastTrack kayaks is the rigid drop stitch inflatable keel.

This unique design improves paddling performance and speed, and allows the 465ft FastTrack to track straight and true. The special inflatable drop stitch keel effortlessly cuts through the water and also gives the kayak added buoyancy.

Sea Eagle’s FastTrack keel design gives it a distinct advantage when comparing it to other inflatable kayaks. 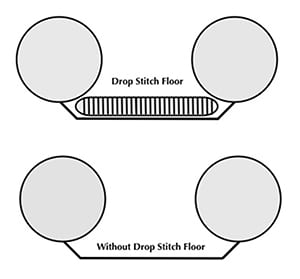 Another standout feature of the 465ft FastTrack is the unique floor design.

Sea Eagle constructed a modular floor for their FastTrack kayaks that features drop stitch construction and extreme rigidity. This floor actually sits above the outside floor, making the 465ft kayak more rigid and providing a double layer of added protection.

Since the drop stitch floor features a modular design, it is super easy to remove when it comes time to clean the kayak.

The Sea Eagle FastTrack 465 has four chambers located at the port, starboard, keel, and floor areas. The tube diameter is 24cm, and the kayak is made of a super durable 1100 Decitex reinforced PVC material.

The 465ft’s seams are quadruple overlapped and electronically welded, and the recessed one-way air valves are top-notch. Many kayaks cut corners in areas such as air valves, and they end up cracking and breaking on you. Sea Eagle used really high quality valves on the 465ft, so no worries in that department.

Total inflation time is about eight minutes to get it to the recommended 3.2 PSI, and the NMMA and CE certified 465ft FastTrack has a class II whitewater rating.

Last but not least, the kayak has two self-bailing open and close drain valves, front and rear spray skirts, and a large removable rear skeg. There are also 20 D-rings for attaching the kayak seats and tying down gear, and grab handles located at the bow and stern.

This entry-level package includes the following:

As with all of Sea Eagle’s inflatable kayaks, the 465ft FastTrack also comes with Sea Eagle’s industry-leading 3 year warranty which covers all manufacturer defects. To further sweeten the pot, Sea Eagle also throws in a 180 day risk-free trial period for even more peace of mind.

Aside from the basic Deluxe 2 Person Kayak that we just covered, Sea Eagle offers seven additional configurations for sale…

Is the 465ft FastTrack tough enough for me to bring my dog on it?
Absolutely! The tough outer skin of the 465ft is nearly indestructible and won’t be harmed by your dog’s nails.

What’s the best way to clean the Sea Eagle FastTrack 465?
Just rinse the kayak off with fresh water after each use and be sure to dry it completely before rolling it up! Once in a while, you can hit it with some mild soap and water for extra cleaning power.

Sea Eagle FastTrack vs. Explorer — which should I buy?
Both the FastTrack and Explorer kayaks are fantastic. The FastTrack would be the better choice for open water paddling, and I would go with the Explorer for whitewater adventures. 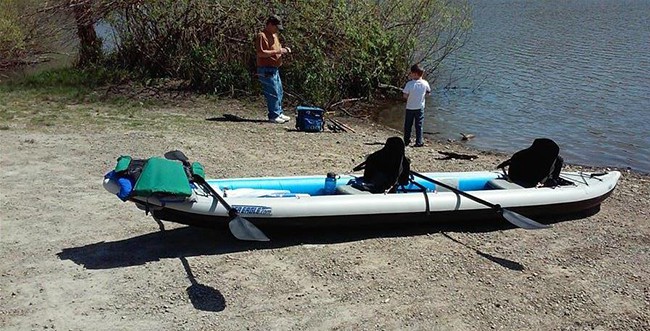 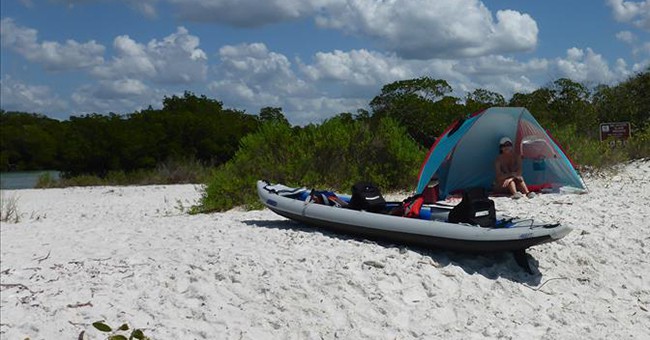 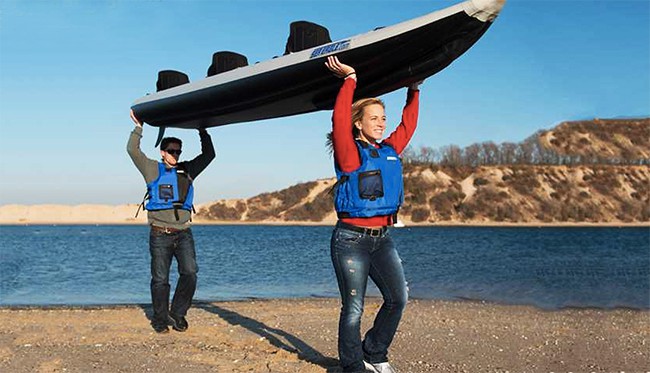 The Sea Eagle 465ft FastTrack is a wonderful inflatable kayak and is versatile enough to be suitable for the beginner and advanced kayaker alike. It performs wonderfully in a variety of conditions, combining stability, speed, durability, and excellent tracking.

We’re big fans of Sea Eagle inflatable kayaks due to their solid construction, great design features, overall value, and industry-best warranty. The 465ft FastTrack is a great choice for anyone who is searching for a well-designed inflatable kayak that will deliver rigid kayak-like performance with all the convenience and portability of an inflatable.