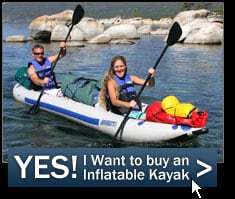 The Sea Eagle FastTrack inflatable kayak includes a newly designed outside drop stitch keel in the bow and the large skeg in the stern. Both of these newly added features limit the sideways movement when using a double end paddle, known as a “yaw”. This also creates an unparalleled ‚”bite” on the water. This bite sends kayak forward more efficiently because the natural yaw of the kayak is contained, which results in greater speed and a straighter course.

Paddling is another advantage of the Sea Eagle FastTrack. This is because the drop stitch outside keel at bow rides over waves, which provides buoyancy and constrains the natural yaw of an inflatable kayak. The removable rear skeg also keeps the kayak headed on its intended course. This exact feature can be removed for whitewater use, and the super rigid drop stitch floor increases the overall rigidity of the kayak. This creates side chines under the pontoons that strengthen overall paddling performance. 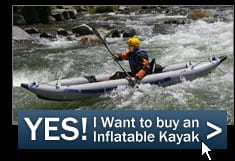 Click Here to Learn More About the Sea Eagle FastTrack